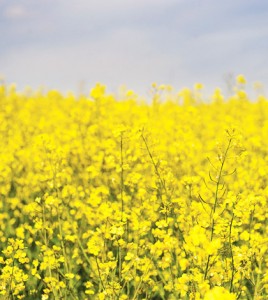 For many, this autumn has been an extraordinarily difficult one due to delayed harvests, lower yields and poorer grain quality. As a consequence we have had oilseed rape going in later and some growers debating whether it is worth putting in the wheat late or waiting for the spring. So what are the choices for the land from mid October onwards?

Whilst some would not be happy at drilling winter barley into mid October, varieties such as Volume or Element hybrid barley are ok into November. Hybrids tend to cope with less than ideal conditions better than conventional types and initially stocks were sold out better than expected yields on the continent have meant there may be some seed still available.

Mid to late October onwards tends to be regarded as the ‘Late Autumn Wheat’ drilling time. The data on the HGCA list gives some pointers towards which may be the best varieties but I expect that by the time you read this article variety choice will be very limited. Xi19 still remains one of the best in the later season drilling window. Growers tend to forget it now that it is not on the recommended list but it can be drilled from October all the way through to early March. It fits the NABIM Group 1 category and the seed is normally cheaper than spring wheat seed, so all in all is seriously worth considering.

Not long ago the choice of what spring wheat to grow came down to Paragon, Tybalt and Belvoir with a few minor varieties to choose from. Paragon has for the most part been replaced with the new NABIM Group 1 variety Mulika but Tybalt and Belvoir still remain. Additionally KWS Alderon is available and the breeder is indicating that it could be particularly suited to the late autumn slot. Demand is likely to exceed stock availability if not from this country then from abroad so early orders will probably get the best price.

If it becomes too late for drilling rape in some areas then we could see an increase in the plantings of spring rape and linseed. Growers should check for the latest buy-back prices and seed availability should be ok.

Early yields of peas and beans were mixed but the demand for blue and white peas as well as the traditional marrowfat types is still there, and of course winter beans need to go in from mid October and still provide an excellent break for growers and an opportunity to control blackgrass. Spring beans are in demand for the Egyptian markets so once again growers need to look at the buy-back terms for pulses as well as other crops before making a final decision.

Whatever crop you choose we all hope for a better result than this year!