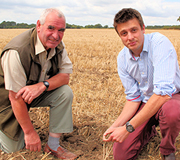 At Meyrick Estate on the south western edge of the New Forest farm manager, Peter Bailey, Agrii seed manager Dorian Jones and agronomist Todd Jex have generated the sort of 2014 margin many winter OSR growers would have given their eye teeth for.

An average gross margin of over £600/ha at a base rapeseed value of £230/t was all the more impressive for the fact that 20% of the crop was ‘hammered’ by deer, pulling the farm average down to 4.1 t/ha.

While oil contents of 44-46% helped, the real secret of the crop’s success was its high oleic: low linolenic oil specification, earning an extra £30/t on contract to ADM through Agrii and Glencore Grain. Together with the standard oil bonus, this added £140/ha to the bottom line. 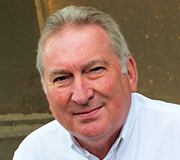 “Peter has being grown HOLL rape since the first winter variety became available,” recalls Dorian Jones. “Back in 2006 he was looking for an alternative to winter barley in his mainly wheat and maize rotation. So he leapt at the opportunity of a contract when we suggested it.

“The HOLL premium, which we’ve never failed to achieve in eight years of growing the crop here, meant we were more than happy with the 3.3-3.5 t/ha the crop initially averaged. Since then our satisfaction levels have grown as Vistive hybrids have pushed-up yields to the level of the best double lows. 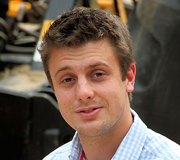 “We have to be on our toes controlling the charlock, runch and hedge mustard that is a particular problem on the farm to avoid compromising the oil specification,” points out Todd Jex. “But this would be a top priority with any rape here.

“Getting the crop away quickly is vital in combatting the large pigeon population generally supported by all the local woodland. While we’ve yet to see light leaf spot on the farm, phoma is a serious threat. At the same time, effective growth regulation, canopy management and spring nutrition are key elements in our agronomy to deliver reliable 4t/ha-plus results.

“With variable costs of just over £520/ha last season, we didn’t stint on inputs. But we only used what the crop needed and it rewarded us well, even in disappointing rapeseed market.”

All the rape goes in after wheat at 50 seeds/m2 through a Moore Unidrill following subsoiling with a Shakaerator. In the experienced hands of driver and spray operator, Andy Reynard, a particularly even depth of sowing and good consolidation is achieved for maximum seed-to-soil contact and effective moisture preservation.

The Estate’s commitment to ploughing ahead of wheat and first class early weed control in the maize keeps grass weeds well in check. This is supplemented with a timely dose of propyzamide in the rape wherever necessary. The challenge from runch and charlock, in particular, makes bifenox essential in most cases to support the autumn herbicide programme. 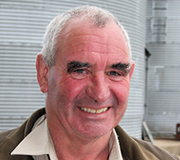 “Being on the South Coast Riveira, we don’t like to drill before the first week in September or we’ll have the crop up round our knees before Christmas,” says Peter Bailey. “Even so, the hybrid HOLLs can keep us well on our toes with autumn and spring canopy management.”

As phoma wasn’t a major issue the team used metconazole last autumn for its extra value in promoting root development. This was on top of early rooting assistance from Take-off seed treatment and Nutri-phite PGA with the early post-em spray.

The good level of disease resistance in V295OL meant the autumn spray carried the crop through to late March, when a combination of boscalid and metconazole at late green to early yellow bud gave good early sclerotina control and additional growth regulation. This was followed-up with a further dose of boscalid two weeks later.

With very low levels of pollen beetle an insecticide wasn’t included in the first sclerotinia spray. As always, though, it was used with the second spray wherever seed weevils were detected, as these – and the pod midges they let in – can really get in the way of performance.

“Liquid fertiliser gives us the greatest flexibility in timing as well as making most of variable rate N and S application to the fully-mapped arable area,” adds Peter Bailey. “Last season, for instance, we applied a total of 200 kgs of N and 115 of SO3 per hectare on average in three splits – the final one going on in late May for maximum pod fill value.

“Variable application has allowed us to build potash indices well across the Estate and a history of sludge cake usage – not to mention plenty of slurry from our 500-cow dairy herd – means no phosphate is needed. However, we take a lot of care to balance micro-nutrients on what can be very hungry ground.”