Some good early results from trials work at Midloe Grange, near Huntingdon in Cambridgeshire, are backing up the research behind Agrii’s 8 Point Plan for cultural control of cabbage stem flea beetle. In the OSR trials drilled at the site on 31st July 2020, the positive effects of drilling OSR into longer stubble plus applying starter fertiliser to get the crop away quickly, are already clear.

‘It’s all about trying to build as big a root as possible’ explains Agrii’s David Felce, who also farms the land at Midloe. ‘In this picture you can see that the biggest root system and above ground biomass has been achieved in the trials drilled into long stubble (around 25cm) with Agrii-Start liquid starter fertiliser applied. All of the trials, including the untreated had water applied down the spout at drilling, so they weren’t water stressed. The difference between drilling into long and short stubble (12.5cm) at this stage appears to be significant, so it’ll be interesting to see how these crops fare throughout the year’ says David. ‘Buckwheat was drilled at the same time as the rape, as our previous work has shown this to be beneficial to crop establishment and resilience against CSFB larvae. The application of liquid fertiliser was made possible with the assistance of Will Mumford and AS Communications (Vantage England Wales). Using the tractor front linkage, a 600lt tank was fitted to supply the fertiliser, with a Trimble GFX750 screen running the variable rate control and CentrePoint RTX guidance to ensure 2.5cm accuracy.’ 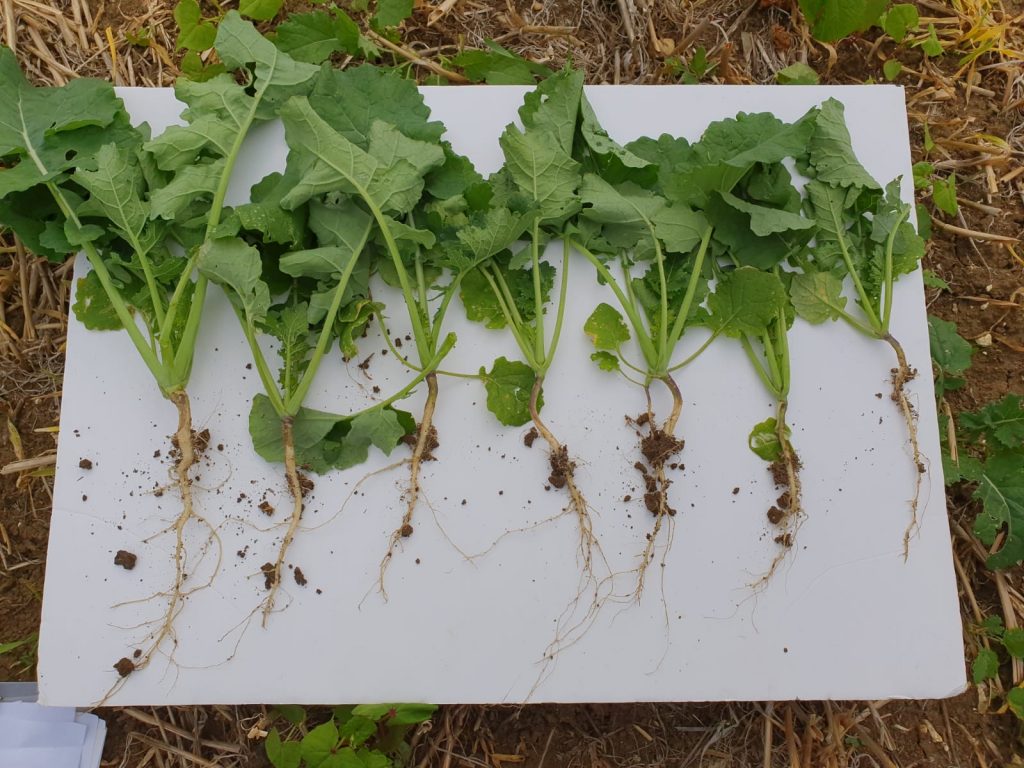 Adult flea beetle are attracted by the green leaves of a young rape crop against bare soil, which has probably been the single biggest factor in high-pressure CSFB areas of East Anglia. Drilling into tall straw or green cover can help to camouflage the fledgling OSR crop and significantly reduce the effects of adult feeding damage. The results from the trials at Midloe, back up trials work from earlier this year at AgriiFocus where the effects of just an extra 5cm of stubble height were clear not just with better early vigour, but throughout the season – you can watch the video showing the results seen at the site near Swindon – here. The results from both Midloe Grange and AgriiFocus also add weight to trials carried out over two years at Langley Lawn Farm near Saffron Waldon in Essex on difficult heavy ground under intense CSFB pressure, which illustrated the importance of choosing a fast-growing variety and giving it some decent early surface protection – either with a long stubble, buckwheat companion or both.

The Midloe crop was established as part of a collaboration with Opico, using their HeVa Evolution subsoiler seeder, which enabled low disturbance soil structuring and simultaneous planting of rape and buckwheat and application of liquid starter fertiliser. This allowed precise sowing into a structured seedbed, without losing vital moisture. The crop was drilled in a very hot week at the end of July, so the water that went down the spout when the seed was drilled also helped to conserve soil moisture – meaning that the OSR crop didn’t lose its early vigour. David and the team at Midloe have paid close attention to the soil conditions across the site. ‘It’s important to make sure that there’s not compaction further down in the soil profile, or the rape will stall’ says David. ‘It’ll get away quickly with early vigour but then will struggle later on.’

‘There’s also a 5 year rotation in place at Midloe Grange’ explains David. ‘Close rotations are the cause of many problems in OSR, and our work shows that growing the crop once every five years is a good target to aim for – although some farmers are broadening it out even further.’

Of course the weather since drilling has been very helpful, and with night time temperatures discouraging migration, CSFB numbers are low at the moment. However, regardless of the flea beetle situation, the fact remains that it’s important to concentrate on building as big a root as possible. This will enable the plant to withstand whatever challenges the year might bring, and even in the absence of high flea beetle pressure the longer stubble in the Midloe situation seems to have acted to draw the crop up – providing that essential early biomass and root growth that’ll sustain it through winter. These very visible early results from Midloe show that the weather, rotation, method of drilling, longer stubbles, companion cropping and use of starter fertiliser have all acted together to produce the best results – with the longer stubbles together with Agrii-Start appearing to have the greatest compound effect. This demonstrates the importance of taking all elements of the 8 Point Plan together in an integrated approach, to give your OSR crop the best chance.

‘It’s important not to take the brakes off now though’ cautions David. ‘We need to act on the huge potential and continue to focus on attention to detail to make sure these crops provide as big a return as possible.’

We’ll be bringing you updates from David and the team at Midloe as the year goes on. We’re also carrying out OSR trials at our other iFarms across the country, specifically looking at the different elements of the eight point plan, and how they can work together in different situations and different areas of the country to give the best results. 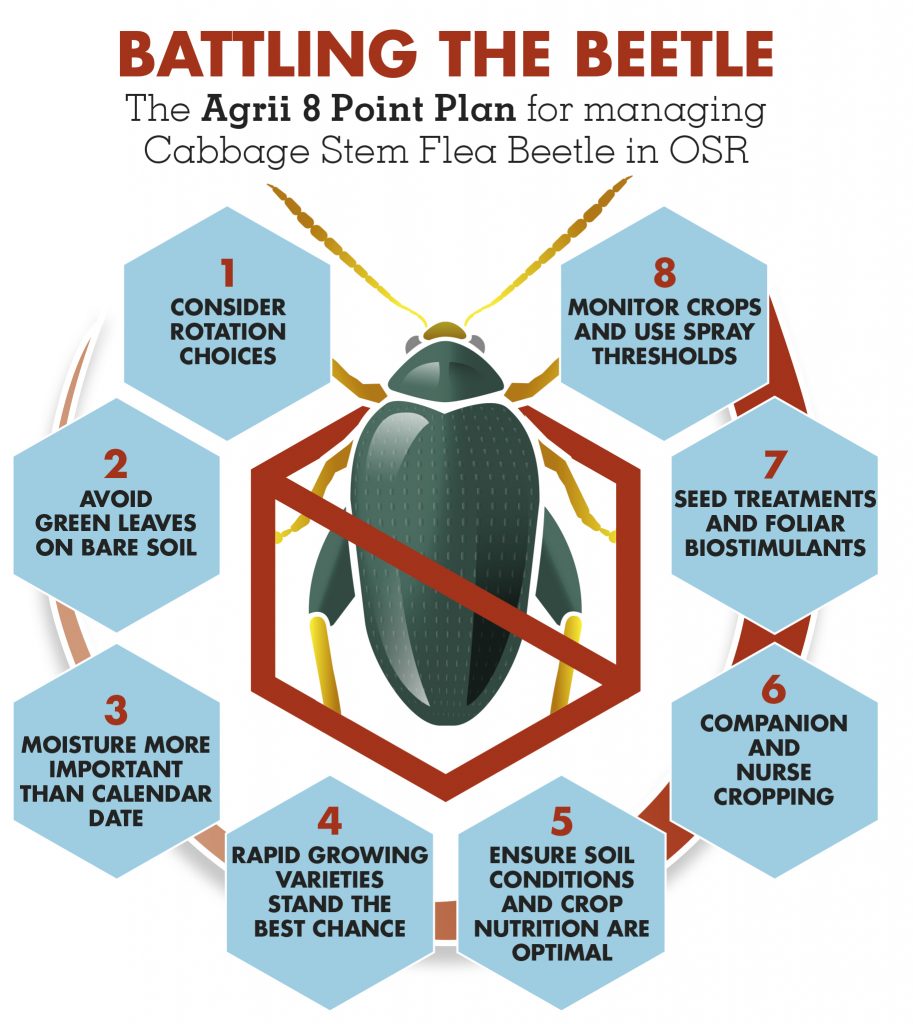