Reducing the environmental impact of maize

New techniques are being used to grow maize more sustainably. But which will fit best into your system?

Avoiding fields with bare soil over winter following maize harvest helps both reduce the environmental impact from growing the crop and improves the soil.

Later harvested maize with no following crop until the following spring not only is likely to be harvested in poorer conditions thereby potentially damaging soils, but also risks erosion and nutrient loss from the field. 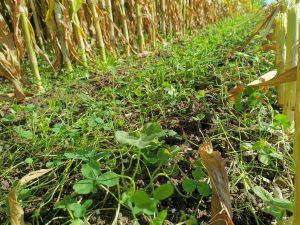 “In maize there are a number of ways to improve resilience, but each has its benefits and challenges,” he says.

A starting point for decision-making should be assessing how likely maize stubbles will be in a condition to establish a following crop, usually either short-term grass or forage rye, the day after harvest, Mr Lowe says. 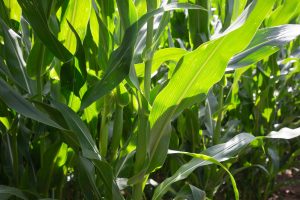 “Ideally, you want harvest to be completed by mid-October to maximise the chances of being able to travel.”

Varieties such as Avitus KWS and Limagrain’s Resolute are changing the perception that the highest yielding varieties are also later maturing.

“These varieties are pushing the boundaries – Resolute is the highest yielding variety on NIAB’s Descriptive list for both dry matter (DM) and ME – and meana you don’t have compromise any longer. Yields are higher and you can harvest two to three weeks earlier.”

Most will likely follow with forage rye. “It can be sown with minimum cultivations provided the field is in good condition, rapidly establishes and doesn’t really stop growing through the winter, so provides either early grazing in spring or can be ensiled mid to late April. 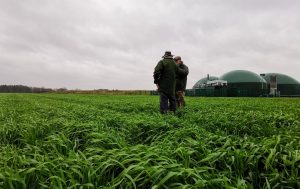 “It not only provides winter cover, mopping up nutrients, reducing erosion and helping improve soils, but also provides a forage crop that can be utilised on farm at home.”

Lunator forage rye is a good option, with typical seed costs of around £75/ha, plus another £35-55/ha for drilling, he suggests. “Compared with other varieties, Lunator offers extra yield and considerable advantages in earliness to harvest.”

The biggest risk from not undersowing maize is a delayed harvest or wet period following harvest that prevents the following crop being established.

For grain maize growers, undersowing maize is realistically the only option as harvest is not until November, while producers for livestock and anaerobic digestion should think carefully about whether establishing cover after harvest is likely.

“If there is a risk of not being able to establish cover after harvest, then all aspects of maize production need to be assessed before starting,” says Mr Lowe. “That includes whether the ground is suitable for maize at all, as well as variety choice.” 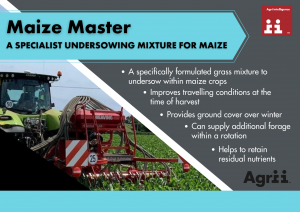 But undersowing maize, usually with grass, does provide a high level of assurance that you will have some winter cover following harvest.

There are typically for how to establish the undersown crop – either plant it at the same time as the maize or around 4-6 weeks after maize drilling.

Planting at the same time as maize requires a specialist drill that can drill both maize and grass simultaneously.

The advantage is a reliable one-pass method for establishing the grass early, plus precise seed placement between the rows minimising competition with the maize crop.

“Competition can still be a problem if grass establishes quickly, but the biggest challenge is weed control post-drilling as herbicides are likely to remove the cover,” says Mr Lowe.

The more common technique is to establish the grass once the maize reaches 6-8 leaf stage either by broadcasting with a fertiliser spreader or sowing with a pneumatic interrow disc coulter drill. Typically, interrow drilling costs £30-35/ha.

“Broadcasting is easiest, but establishment can be variable, while there can be the same issue about the availability of specialist drills.”

Usually, either festulolium, creeping red fescue or a perennial ryegrass is used. “You want something which is vigorous enough, but not over vigorous so it swamps the maize.”

While a cut of silage could be taken in the following spring, these types of leys offer the opportunity for grazing by flying flocks of sheep.

“Farmers should also be aware they will likely end up with a stripey grass field – there’ll be six inches of grass and six inches of space, so you might only have 50% of the grass compared with a full reseed.”

Grants from some water companies are available for undersowing grass to help cover the costs, which typically can be about £100/ha including drilling.

In the trial a number of different maize herbicide options were sprayed across the drill direction, and then various cover mixes were established using a prototype adapted KRM interrow hoe around a month after herbicide treatment, he explains.

Cover mixtures included vetch and ryegrass, clover and ryegrass, ryegrass alone and clover alone. “The clover tends to be sensitive to herbicides so they were an indicator species.”

Surprisingly, no effects were seen but the trial will be repeated this season, as it was possible the soil moved by the hoe broke the herbicide seal or the extremely dry spring meant the herbicides weren’t activated, Mr Vickery says.

Other Agrii trials will be comparing a hybrid approach of undersowing the maize with companion crops, which potentially could also be established with forage rye following harvest, Mr Lowe says.

Outside of grass, he is interested in whether a legume companion crop could benefit the maize crop while growing by fixing some nitrogen, either reducing inputs or increasing yields.

“One example from 2020 showed a 5t/ha yield increase from a maize crop when clover was present as a companion crop.

“There’s also the possibility of intercropping maize with something like beans, which in addition to fixing nitrogen might also add an extra protein source.”

The trials will compare various companion crops, including beans, vetches and grass undersown with a interrow drill to investigate additional potential benefits.

“It’s important to find out both what does work and what doesn’t.”

For more information, please get in touch with your local Agrii contact, or email us at info@agrii.co.uk.