Eight ways to battle the beetle 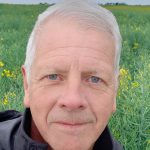 “This year, there’s less appetite to plant OSR after two particularly difficult years with dry conditions at drilling and losses to both the adult and larvae stages of. But it remains a useful and profitable break crop if it’s established and grown successfully.”

Agrii has devised an eight-point plan to help growers ensure success with OSR establishment this autumn.

Close rotations are the cause of many problems in OSR, he says. “These have been much closer in the UK than anywhere else in Europe. They’re now broadening out and once every five years is a good target, although there are benefits from going wider still.”

CSFB is relatively mobile, David explains, easily moving between adjacent fields. “Sacrificial field boundaries, such as turnip rape on headlands, leaving OSR volunteers in neighbouring fields or block cropping to improve isolation are all measures that are used to try to divert the pest from the new crop.”

Adult CSFB are attracted by the green leaves of the young OSR crop against bare soil, he notes. “Drilling into tall straw or into green cover can significantly reduce the effects of adult feeding damage by effectively camouflaging the crop.” Nurse crops, such as rye and vetch or crimson and berseem clover, can also be considered.

While early drilled crops establish better, they often carry higher larval numbers into late autumn and the spring. “Meanwhile delayed drilling until after the peak migration is possible but very high risk as soil conditions normally decline quickly in Sept.

“The most important factor is having adequate seedbed moisture so that seedlings are actively growing by the time of migration. Calendar date is less important.”

“The fastest varieties offer the best chance of offsetting both declining soil temperatures and pest attack,” he notes. “Increasing seed rates to compensate for plant losses can be counter-productive as thinner stems are less resilient to larval damage.”

David feels the best varieties to drill this autumn are InV1035, DK Exsteel and Ambassador. “These are the hybrids we favour for their fast growth. Conventionals Anastasia and Aardvark also perform well, while DK Impressario CL would be our Clearfield variety of choice.”

Optimal soil conditions and good access to macro and micronutrients is important, he says. “Placing 30kg/ha of nitrogen and 40kg/ha of phosphate in bands will stimulate roots to grow. Many farmers use organic manures like chicken muck or digestate to give the crop an early boost.”

Companion crops have proven successful particularly at reducing larval damage. “Buckwheat is probably the most widely and forms an ‘umbrella’ over the top of the OSR to discourage the pest, reduce egg laying and overall larval numbers,” explains David.

It’ll tolerate herbicides typically used for weed control but dies quickly at the onset of the first frost. “It’s also a good early scavenger of phosphate so, as it dies, it releases phosphate back to the growing crop.”

“Applying a foliar mix of macro and micro nutrients at the two-leaf stage can give crops a boost and serves as a follow-up to the seedbed fertiliser,” he adds.

David advises growers check for shot holing at emergence and use yellow traps in the autumn to assess adult CSFB pressure. “Pyrethroid resistance is widespread and, following the revocation of Biscaya (thiacloprid), no other foliar insecticides are approved. These factors make chemistry a very weak tool to fall back on, so an integrated approach to crop management is the only one remaining to keep OSR as a UK cropping option,” David concludes.