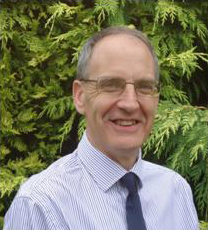 Agrii has appointed a prominent industry figure to head up our R&D Team in the north of England. Jim Carswell was previously with Frontier as National Trials Manager and latterly had a senior role in crop nutrition.

Clare Bend, Agrii’s Head of Technology and Services said: “Jim has an excellent reputation in the industry and brings a wealth of experience. His appointment is a reflection of Agrii’s overall commitment to R&D, but in particular to the development of our R&D function regionally. He will initially be based at Driffield and then at an expanded trials site at Bishop Burton. Jim will also have a national role in crop nutrition.

“Jim has 30 years experience of practical management of agricultural research and development on a wide range of crops and grass at a variety of sites and centres throughout the UK.”

Jim Carswell gained a BSc Agriculture (Animal Science) and an MSc in Animal Nutrition from Aberdeen University before joining ICI Fertilisers. He worked for BASF as a Field Development Co-ordinator before joining Fishers Seeds and Grain which became part of Frontier Agriculture.

“This is an exciting and challenging time for the industry,” said Jim, “Agrii is a company that conducts R&D and translates the results into solutions that can be applied practically and profitably at farm level. I am delighted to be joining the team.”