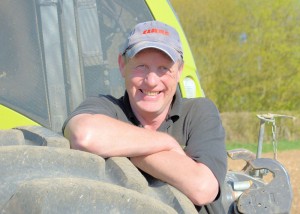 Substantial though they’ve been, the changes made by the Wheatsheaf Farming Company to improve performance across its 1600+ arable hectares since 2002 pale into insignificance against the journey the business has embarked upon over the past two years.

Amongst other improvements, manager and 2015 Arable Farmer of the Year, David Miller and his Agrii agronomist, Mark Glover have worked closely together for more than 10 years simplifying the rotation, spreading fixed costs, switching to minimum tillage, producing for a range of value-added markets and developing precision agronomy.

From 2014, however, they’ve taken on what has to be the business’ single greatest challenge –  transforming their entire arable system through long-term soil improvement to secure the extra resilience needed to cope with greater economic and environmental volatility.

“We’ve made plenty of changes since the Wheatsheaf Farming Company was established to more cost-effectively run our four partners’ farms as a single arable business,” recalled David Miller. “But until last year we’d maintained essentially the same rotation, with a third of our cropping in first wheats, a third in barley (winter and spring to spread workloads) and a third down to break crops (OSR, winter beans and/or winter oats).

“This suited our lightish, flinty land over chalk well. But performance had plateau’d.

Yields were continuing to increase as we made the most of improved varieties, chemistry, nutrition and precision. But escalating costs meant we were relying on every year being a good one for both production and prices. The risk was simply becoming too great and the reward too uncertain.

“Take winter rape. Mark and I have spent no end of time and effort over the years trying to grow the crop better and more cost-effectively.  But it never delivered the consistent performance we were after. Over the past six years it has been our most variable earner by far, delivering our best gross margins at over £1500/ha and our worst at under £450/ha. This is more than twice the variability we’ve seen with our most financially reliable crop, spring barley.” 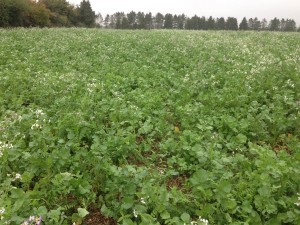 As part of the complete move to no-till farming agreed by Wheatsheaf Farming’s partners in early 2014 and implemented from last autumn in a carefully planned strategy to reduce business risk, OSR has been removed from the rotation. Winter wheat continues to occupy a third of the cropped area, with barley (two thirds of it spring-sown) increased to half the acreage and break crops (all now spring-sown) cut back to just 15%.

Alongside this move – accompanied by the purchase of an ultra-low disturbance Cross Slot drill for single pass establishment – cover cropping has been introduced across the business. Over 400 ha covers were grown ahead of spring crops in 2014 and 1000 ha put in ahead of both winter and spring crops this season.

David first trialled cover cropping in 2010 and he and Mark have no doubt they still have plenty to learn about the technique. However, the mixtures of nutrient capturing, soil structure improving and weed suppressing species they’re growing as catch crops ahead of autumn-drilled cereals and as winter covers before spring drilling are already demonstrating their value. 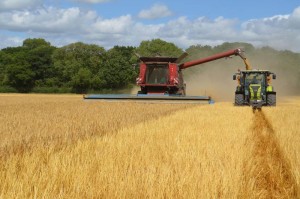 “Cover crop establishment from the Cross Slot has been excellent to date,” reported David Miller. “Especially so after harvesting with the stripper header we’ve been trialling to improve combining efficiency and reduce trash.  The growth our covers have put on and the contribution their rooting has made to soil structure have been really impressive.

“Direct drilling ‘on the green’ into cover crops sprayed off with glyphosate has also given us very good winter and spring crop establishment.

“Of course, we don’t know how much of the nutrients our covers are capturing will be returned to the following crops, nor the value of the organic matter they’re so clearly adding. But we all appreciate that the organic matter increases and improvements in soil structure, health and workability we’re after to improve the resilience of our farming can’t be achieved overnight. We’re very much at the start of a 10 year journey.

“Having said that, before accounting for any soil or crop benefits from the changes we’re making, our budgets show the additional costs of the cover crops being offset by the extra gross margin from the new rotation.

“At the same time, they indicate that our extra machinery costs will be almost exactly balanced by reduced depreciation, and our fuel and labour savings together will amount to some £45/ha. In the past year alone, we’ve reduced our annual fuel use by almost a quarter, from 85 litres/ha to 65 litres/ha. What’s more I think 50 litres/ha should be quite possible.”

Overall, David and Mark’s ‘holy grail’ is to do without break crops altogether, mainly because these invariably deliver less consistent margins than their straw crops.  Instead, they’re looking to a winter wheat/winter barley/spring barley rotation with a catch crop ahead of each cereal.

Aware that they’re very much in uncharted waters, that nature finds a way round even the best laid plans and that the real prize is risk reduction, they’re moving ahead steadily with a firmly scientific approach to the task in hand. “Cover crops clearly have a lot of potential and the Cross Slot gives very even establishment courtesy of a consistent drilling depth and good seed-to-soil contact,” stressed Mark Glover.  “But the more we’re learning about both the more we’ve become aware of the need to work within their limitations as much as exploiting their value.

“Early on in our work with cover cropping we realised we had to have the right varieties as well as species in our mixes for the particular job in hand. And, as they become increasingly central to our plans, we appreciate we cannot afford our covers to fail.

“Equally, we know the Cross Slot works best in dry conditions and on firm ground while lack of consolidation is a far greater problem than compaction on our soils.

“By employing 6-8 different species in our cover mixes, we’re aiming to both minimise establishment risk and secure the depth and breadth of rooting that gives us the driest drilling conditions.

“We’re also using a graminicide in our catch crops to deal with the volunteer cereals and grass weeds which can compromise their activity and provide a bridge for take-all; including an extra wetter with the glyphosate to ensure the most reliable destruction of the vast amount of green cover being produced; rolling the covers ahead of drilling where necessary; and maintaining enough flexibility to switch from autumn to spring sowing wherever soil conditions dictate.

“Take-all needs serious consideration with an all-straw rotation,” he added. “As well as doing everything we can to encourage early rooting here, we’re choosing varieties that don’t build the disease so much and employing take-all seed dressings.”

Mark and David agree that they’re facing a very different agronomic challenge for which they certainly don’t yet have all the answers. However, the first harvest on their journey has been very encouraging. Across the entire business, their milling and feed wheats delivered an average 11.52 t/ha, winter barleys 9.11 t/ha and spring barleys 8.07 t/ha – all at input costs of less than £50/t. A marked improvement on the five year average, this suggests they’re clearly moving in the right direction.”