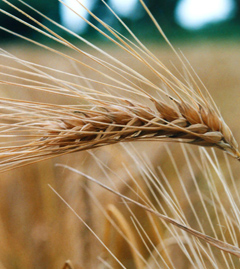 Has winter barley got a more important role to play in your rotation next season? Varieties have been taking a step forward in yield and straw values remain a very useful extra income source. Plus, the earlier harvest allows the spread of workload and more time to get oilseed rape crops drilled at the optimum time. Hybrid rape varieties are allowing growers a wider drilling window than a few years ago. But, as this last season has shown, sometimes the optimum drilling window is shorter than expected! So what are the varietal choices for growers wanting to switchback to winter barley from winter wheat? The winter malting market has been declining in recent years and whilst older varieties such as Pearl and Flagon are still grown, there are some interesting newer options to consider.

Cassata has the benefit of BaYMV resistance and full IBD approval and is grown both as a malting variety and a feed type. The variety attracting the most interest in this sector is SY Venture but the decision on whether the variety has IBD approval will not be known until the end of May or early June. Yields (from HGCA data) are at least 3% better than Cassata and6% in the East.KWS Cassia has 40% of the conventional winter barley market so will clearly remain the biggest selling variety for another year. But there are some alternatives. KWS Glacier is top of the conventional winter barley yields on a UK basis about 3%above KWS Cassia. In the East it has done particularly well achieving similar levels to Volume the hybrid barley. Disease resistance is generally good and it does have BaYMV resistance. As does California which is a new addition to the list and although yields are similar to KWS Cassia it does have better Rhynchosporium and Net Blotch resistance, is the stiffest variety on the list, a fraction earlier and is a similar height. KWS Glacier is about 6cm shorter. So that straw and disease resistance combination may attract growers wanting a more solid agronomic profile.

In recent years there has been a significant increase in the market share of hybrid barley. Hybrids certainly seem to have the greatest yield potential and recent varieties such as Volume and the newer Galation offer good agronomic packages too. The yield advantages appear to be most noticeable where land is more marginal, but in many cases hybrids have been more consistent in their performance too.

It is expected that winter barley sales will increase this year but with crop development being later than normal it is ever more important for growers to get their orders in before the end of July. Production plants will switch over to wheat at the earliest opportunity and most likely will not return to barley production until the 2nd half of October.