A mixed farm on the banks of the River Spey is putting the long-term interests of the land at its heart through complementary livestock and arable enterprises while demonstrating its approach as widely as possible to the public. 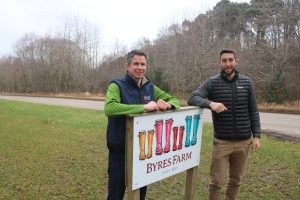 Bill Smith clearly enjoys the scampering and scurrying of the piglets in the bed-and-breakfast enterprise run at Byres Farm as part of his family’s 485ha Moray farming business, east of Inverness. But it’s what they leave behind that interests him more.

“Pig muck is supposed to be high in nitrogen, but these piglets arrive at seven weeks old from outdoor herds and stay on farm for seven weeks before moving-on for finishing at 75kg, leaving manure with a very high straw content,” he notes.

“I like that because we’re growing malting barley and what I really want to do is feed the ground that feeds the ‘mulch crop’ that gives the barley its goodness.”

Part of the sustainability improvement-focused Agrii Green Horizons grower network, Bill runs the arable side of the business, alongside his father John. Brother, Alan looks after the main livestock enterprises – a 180 cow suckler herd (moving away from continental breeds towards Aberdeen Angus crossed with Lincoln Reds and Stabilisers) and a 450-strong flock of Lleyn/Logie hybrid ewes.

Half the farm’s main crop of 320ha of Laureate spring barley is destined for Boort Malt and Crisp Maltings, supplying the Glenlivet and Aberlour distilleries respectively. The crop is rotated with temporary grass, but the main break is the cover crop that precedes it.

“The most important crop is what I call the mulch. It’ll spend up to seven months in the ground while the barley grows for just five,” continues Bill Smith. “We aim for a circular system in which the arable complements the livestock, and the animals complement the arable. All the straw is baled and turned into muck, and every block of land has its own source of manure. For us, that’s where the arable cycle starts.”

Bill is joined by his agronomist Andrew Simpson to look at the predominantly sandy loam soils and discuss progress of the arable side of the business.

“Spring barley is very important for this part of Scotland and can be the only arable crop some soils will see,” he says.

“The land here is light with some blow-away sands. If all you grow is spring barley after spring barley, the performance will dip and the soil will degrade. It can spend much of the year with no roots growing through it, so it’s important to keep organic matter levels up. That way it retains its structure with plenty of life in the ground throughout the year.”

Although there may be little sign of this life on the surface ahead of barley drilling, a spade reveals evidence that the freshly ploughed-in cover crop is being taken into the soils below.

Care for these starts at harvest time, explains Bill Smith. “We try to minimise wheelings, with bales taken to the field edge and trailers and spreaders on flotation tyres. We like to get the mulch crop drilled as soon as we can. As we often don’t harvest until late August and the cover really won’t come to much if it’s drilled past mid-September, that can be a challenge.”

There’s also the muck to apply and any lime deficiencies to address in soils that struggle to reach pH 6.

For such a relatively late-sown cover, the team have settled on a mix of white mustard and fodder radish, drilled at 8-10 kg/ha depending on conditions and timing.

“Over our 10 years of growing mulch crops, we have found white mustard provides plenty of the fast-growing green cover we need before dying back well in the frost,” he reports. “Alongside it, the fodder radish puts down a good root to help with soil structure.

“Generally, the biggest part of our mix is mustard, but on heavier land, we may flip it round and drill more radish. We have tried phacelia, but that doesn’t provide the ground cover we’re looking for after spring barley.”

The covers are generally left ungrazed as it’s the biomass the business looks to benefit from. Alongside them tired grass leys may be put into kale in early summer ahead of the spring barley, and stubble turnips are also grown for winter grazing.

From the start of December the covers are incorporated with the farm’s plough and press, without any glyphosate treatment.  Although he believes this is still the best way to prepare the land, Bill Smith is looking at what reduced cultivations and direct drilling may offer.

“When it’s right for our soils to go to direct drilling, we’ll do so,” he stresses. “But they’re not there yet. And the last thing we want to do is comprise the 6-7t/ha of quality malting barley plus the straw we produce.

“The manure and green matter we incorporate brings us the bugs, worms and soil biota and we have really noticed the difference in the soils without cutting the tillage. The heavier ones used to glisten when you turned them over, but now they plough more easily and leave a more friable surface. They hold their structure better too and our yields are creeping up.”

“The benefits we are getting from them more than pay for the cost of the cover crop seed, which itself is an inexpensive mix,” he points out. “This is where I prefer to invest in the system, rather than on a whole load of tractor technology where the returns are more questionable.”

The spring barley crop typically receives around 370kg/ha of 11:10:30 + 8 SO₃ fertiliser with the drill, followed with upwards of 125kg/ha of DoubleTop as soon as the tramlines show. Andrew Simpson sees sulphur as such an important part of the recipe that he seldom recommends a fertiliser without it.

Having said that they both believe much of the job of feeding the crop is done before the barley seed goes in. This is because they treat the preceding cover as a proper crop, aiming for good establishment and feeding it with muck.

“It’s difficult to know which is bringing us the most benefit, the muck or the mulch,” says Bill Smith. “In the end, it’s probably a partnership. What’s more, we’re always learning and introduce new ideas that can help our farming – our circular economy is rather like a whirlpool that brings in things and develops aspects we didn’t anticipate.” 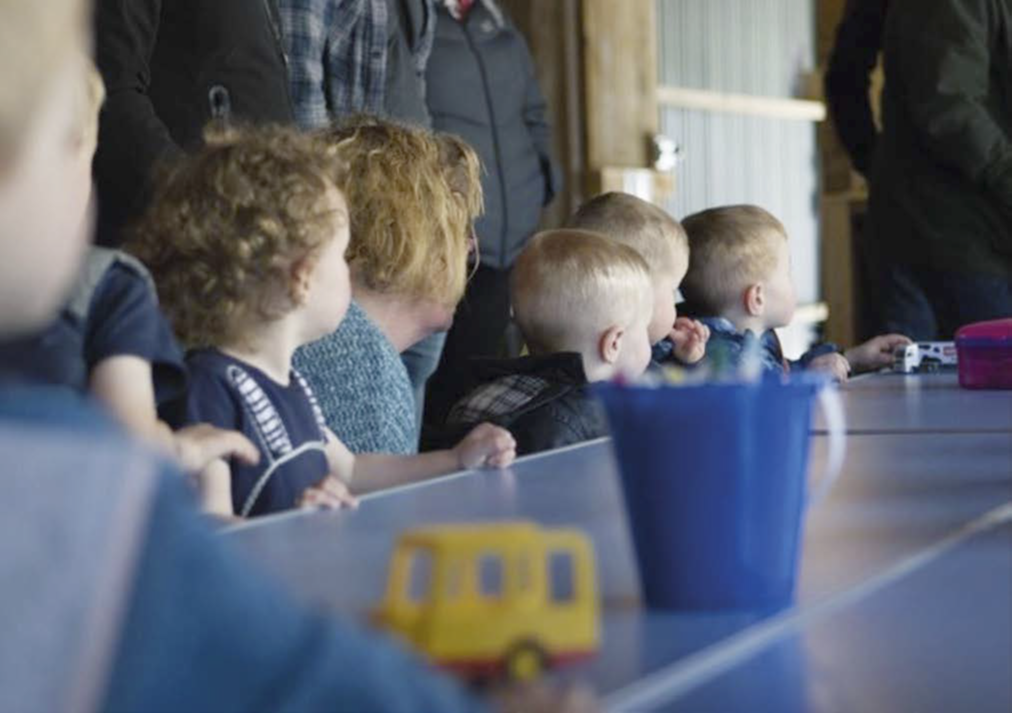 The weekly group for young children provides an insight into the farming seasons and where food comes from.

One of these is clearly the farm experiences and events business the family has created, welcoming the public of all ages, especially children. Run by Bill’s wife, Helen, Byres Farm has a weekly Fun Farm activity group where pre-school children learn about what’s happening on the farm, take part in related craft-making and see and the feed animals.

Experiences for older visitors include tractor driving and a malting barley whisky tour, in which they are guided through the fields and shown how to grow the “magical” crop.

“We’ve established a network of farm margins and also offer a pollen and nectar tour and a farm sculpture walk, where we’ve teamed up with local artists,” points out Bill Smith. “It’s a good way to grow the business without growing the acres. But it also gives us the opportunity to tell the soil story – how the goodness they taste in a bottle of Glenlivet starts with the care we give to the soils.

“At the same time, it gives us all a real sense of perspective. As a family, we’ve always aimed to farm in an environmentally-friendly way with the long-term interests of the land at its heart. We’re not doing what we do to tick a box, but because we genuinely feel we’re farming in the right way. And it’s something our visitors certainly seem to appreciate.”