Yellow rust has become more problematic on a wider range of varieties over the past season, warns Agrii seed trials manager, Colin Patrick. 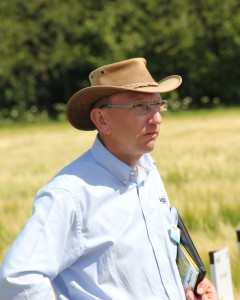 Our Agrii National Cereals Disease Survey (ANCDS) monitoring is highlighting more yellow rust on more varieties across a wider area that we’ve seen historically. With this in mind it will be very important for south eastern growers to bolster their agronomic defences against the disease over the coming year.

We’ve seen a worrying number of RL candidates as well as established varieties showing more yellow rust than we would expect from their official resistance ratings in our network of untreated tussock and variety trials across the country; particularly so in traditional eastern hotspots.

Some highly resistant varieties have been holding-up well to the high disease pressures we’ve seen on a number of sites this season. Others with solid 9 ratings to date, though should really fall back to 8s as a warning.

Although more data is needed to confirm their position, a relatively large number of varieties rated 8 on the current RL now look like being 5s to 7s. Several current 7s should probably be lower too. And at the susceptible end of the spectrum, yellow rust scores of 4 seem decidedly over-optimistic in a number of cases.

The situation varies with location. Across eastern England our tussock trial work with benchmark varieties carrying known sources of resistance suggests noticeable changes in susceptibility in Cordiale derivatives based on the Yr7 resistance gene. Further north, the situation is different, with varieties based on Claire and Alchemy taking more yellow rust than in the past.  We’re also seeing noticeably higher levels of the disease in some spring wheats as well as across our untreated western trial sites.

On the evidence so far, our expert consultants Rosemary Bayles, Bill Angus and I consider we’re probably seeing a general erosion of adult resistance accompanied by a change in the balance of existing rust races rather than the national emergence of any new race.

However, it certainly looks like being a more significant shift in varietal susceptibility than we’ve seen in recent years; and one which could shorten the utility and lifespan of several promising current candidates for Recommendation while hastening the end for a number of established varieties.

I must stress that our extensive series of fungicide treated trials show the infections continue to be well controlled with current chemistry. Even so, the greater degree of yellow rust susceptibility inevitable in the 2016 wheat crop as a result of the resistance erosion we’re recording means particular agronomic care and attention will be important for growers in the year ahead. 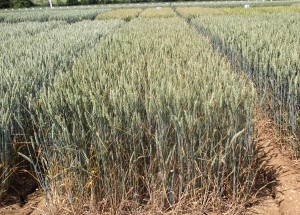 We know just how devastating yellow rust can be if it’s not adequately controlled. And we know that the greater yellow rust susceptibility we have in the national crop the bigger the danger of an epidemic and the greater the pressure it will put on crop protection should conditions favour disease development.

So no one should just sit back and wait for the official ratings to come out in the new RL towards the end of the year. Instead they should heed the timely early warning the 2015 season has clearly delivered and be especially careful in their agronomy from T(-1) this autumn right through to T3 next summer.

In particular, I would strongly advise growers to select varieties based on disease resistance ratings from the most recent season, rather than historic data. This intelligence is widely available at Agrii agronomists in the comprehensive Agrii Winter Wheat Advisory List which our R&D team has developed using their most recent national and local trials data to provide variety information that goes far beyond what is available on the current Recommended List.

I would also recommend seed of any varieties with questionable resistance is treated with fluquinconazole at T(-1). Our trials show that foliar disease control with the seed treatment ahead of a range of spring spray programmes typically raises first wheat yields by an average 0.5t/ha, as well as giving much needed flexibility to T0 and T1 spray timings. What’s more, the autumn growth boost it gives can increase the gain to 0.75 t/ha with uncompetitive varieties where grass weeds are a problem.

Everyone should be monitoring yellow rust levels very carefully in all varieties over the coming season, so they can take early action to keep ahead of any problem. This includes spring wheats which can be badly infected.

Where monitoring shows high levels of early spring risk, a yellow rust-active fungicide at T0 will be important too. And extra strobilurins will need to be incorporated into the main spray programme if yellow rust becomes evident to complement the more Septoria-focused activity of SDHIs.